About the Armstrong Browning Library

The Armstrong Browning Library is a 19th-century research center dedicated to the study of the lives and works of Victorian poets Robert and Elizabeth Barrett Browning and houses the world's largest collection of Browning material and other fine collections of rare 19th-century books, manuscripts, and works of art.

The Library opened in 1951, the culmination of the dedication and determination of Dr. A.J. Armstrong, former chairman of the Baylor English Department, and his wife Mary Maxwell Armstrong. It has also become a popular stop for travelers and school groups who are attracted by the love story and poetry of the Brownings or by the unique beauty of the building. It is an ideal setting for a wide array of scholarly and public programs. These include lectures, musical occasions, cultural events, conferences, and exhibitions. It is supported by Baylor University and by generous endowments provided by a patron organization of 'Guardian Angels.'

Learn more about the Armstrong Browning Library from the ABL website.

This unparalleled collection of correspondence written by and to the Victorian poets Robert Browning and Elizabeth Barrett Browning is made possible through a collaborative project between Baylor University, Wellesley College, The Harry Ransom Center at the University of Texas at Austin, Balliol College and the Bodleian Library at the University of Oxford, and others. 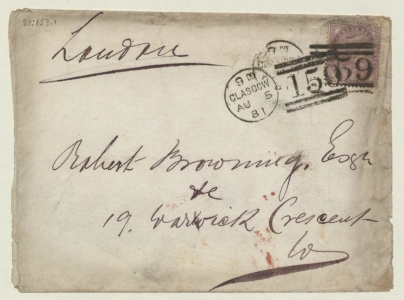 Fifteen hundred music scores constitute a nearly complete collection of every verse by Robert Browning and Elizabeth Barrett Browning set to music as well as music related to or associated with their poetry. The Journal of William Surtees Cook

Four volumes from the personal journals of William Surtees Cook, the second cousin and brother-in-law of Elizabeth Barrett Browning, provide a unique perspective of the Brownings and give insights into the religion, politics, and class structure of the nineteenth century. This collection of photographs is comprised of materials digitized from the holdings of the Armstrong Browning Library. Currently, the collection focuses on the Julia Margaret Cameron Photograph Collection, which includes rare images of Robert Browning. 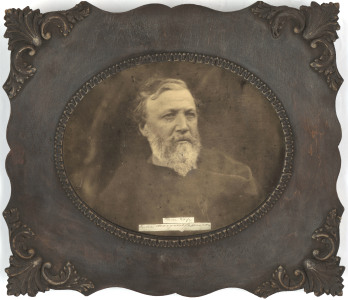 In addition to its unparalleled collection of materials relating to the Victorian poets Robert Browning and Elizabeth Barrett Browning, the Armstrong Browning Library houses a large collection of Victorian letters and manuscripts connected to other prominent and lesser known British and American figures. The collection includes letters and manuscripts from many notable nineteenth-century authors such as Charles Dickens, William Wordsworth, Samuel Taylor Coleridge, Thomas Carlyle, John Henry Newman, George MacDonald, and John Ruskin. Featuring more than 450 works published in English by female poets from 1800 to 1900, these books, searchable by keyword, contain examples of prose, narrative, and lyrics embracing a variety of stylistic frameworks by major names like Felicia Hemans and Christina Rossetti, as well as many lesser-known writers. 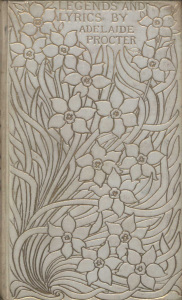